The First Step to Effective Leadership 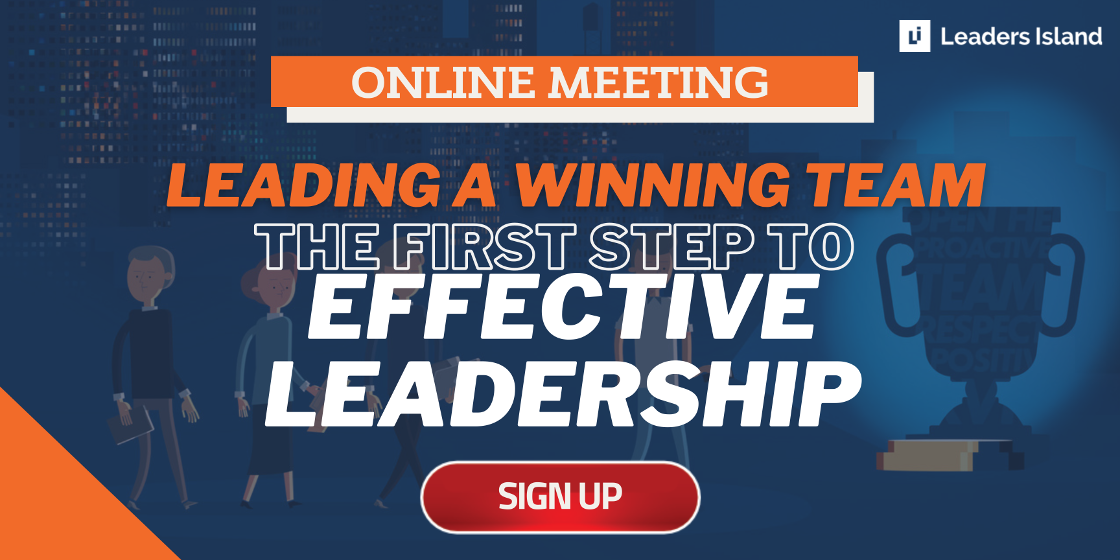 The First Step to Effective Leadership

Sign up for a free online meeting and learn the proven methods to become
an effective and winning leader!

Did you get a promotion and want to be well prepared for a new role? Do you plan to become a leader in the future? Or maybe you want to develop your leadership skills?

We invite you to participate in interactive online meeting „The First Step to Effective Leadership” led by Dawid Ostręga, who will teach you the basics of our Leading a Winning Team model and tell you how to build a successful team.

We want to give you an opportunity to work with experienced mentor to fully develop your potential!

What will you learn?

… How to combine your potential with practice and become a great leader?

Dawid is a manager with 20 years of experience gained in England, the USA and Poland. He has managed such firms as SKK S.A., EPAM System, IBM and SolarWinds. Dawid is also an American football player. He is oriented towards the achievement of goals through teamwork. As a captain of the University of Hertfordshire Hurricanes team, he won the championship of England twice. He combines the positions of chairman and trainer of the Krakow Kings team, with which he has won the Polish league of American football… more

"We pass on good managerial experiences.

We are creating an area for young managers and future leaders of constant development.

We believe that you are able to change the world."

Join Leaders Island
and receive a free book of guidelines:
10 principles of an effective manager.